Add to favorites Remove from favorites

Giving or possessing a bird A very important topic that is the beginning of the fate of a living being and becomes a game of the good and bad of its owners. So the animal system decided to focus a part of its staff's activity on monitoring the transfer and purchase and sale of animals and provide a separate section to create an honest, guaranteed and monitored advertisement for the transfer of an animal's residence from one place to another. to do

Do you have a birth certificate?

Does it have a purchase invoice?

How to buy a product: Buy in person

The issue of handing over animals is a very sensitive and precise issue, and more important and unfortunate is the issue of buying and selling them. Therefore, in the animal system, special importance is given to the issue of selling and handing over animals, in order to guarantee the next destination of an animal from one place to another with a strict, fair and expert supervision, and prevent the hands of profiteers, greed and animal abuse. The innocent lives of these animals are far away. Handing over or taking over, is this the problem? Handover can never be considered as the first step of an action. Handing over always has a meaning when there is a possibility of something, then the condition of transferring it to a new destination is fulfilled, which means handing over. In fact, handing over is a bridge between possession. Owning and... that a person dominates another person in any form, and the fate of the defeated person is at the discretion of the dominant person. Therefore, in a handover relationship, there is a transfer of ownership, and the first person in the story here is the third person, the fixed person, which is only transferred from hand to hand. In the first step, the possession of animals: Humans since they relied on the power of their reason and were able to free themselves from the beast. He rebelled and enslaved everyone from the very beginning, and thanks to the passage of time and the awakening of this ignorant and curious baby, the need for animals in human affairs decreased, but still, humans still show their kindness and compassion to pet owners. They know that handing over animals is the second step: but due to the institutionalization of this wrong thinking in the minds of people and their sense of superiority, a long-term process is needed to remove all forms of arrogance from the world, but in any case, in the second step, when another owner has the ability to keep The animal does not have its own home, the best possible thing is to hand over that animal to a competent and competent person. For this, the animal system has designated a section to complete the process of informing, agreeing, handing over, delivering and guaranteeing the improvement of living conditions for that animal, among its owners. be done . Buying and selling animals Step 3: Unfortunately, many people who keep a pet in their home look at the innocent animal as a commodity and only think about its profit and business, hence this group of people. which are very dangerous, only by carefully planning the animal handling system, these buying and selling processes have been entrusted to the http://shop.irpsc.com system, or the National Store, to fully expertly determine the right amount of any abuse of Animals are prevented and as far as possible, qualified people are the buyers of animals The predatory zoo is one of the specialized zoos in Iran, which was selected to… Veterinarians are introduced in the animal system in a comprehensive manner, so… 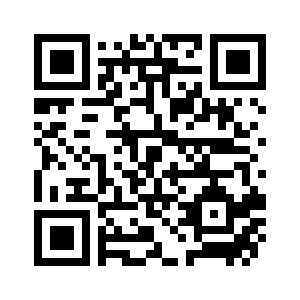 Do you have a birth certificate?

Does it have a purchase invoice?

How to buy a product: Buy in person